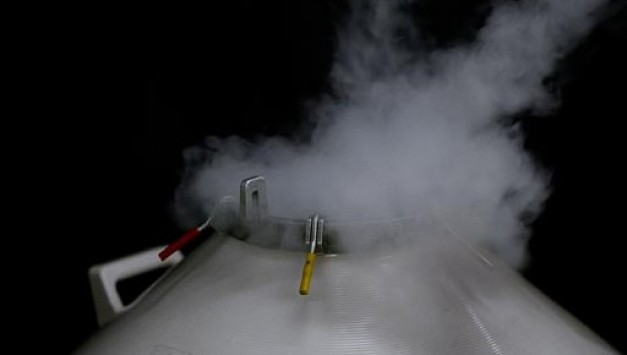 DEPOSIT is a photographic project about the conservation of a « specific » patrimony. The western countries, such as Switzerland, have a tradition of conservation, through banks, safes and bank secrecy. It is interesting to see that since not long ago this habit has had a tendency to develop itself on other fields.

Deposit is a photographic documentary, centred on architecture, landscapes, details of conserved objects and products. Sociologists and historians developed the subjects through texts. This project was realised between 2010 and 2012, around 12 emblematic places that retrace the evolution of the conservation of the human, vegetal, animal, cultural, security and technologic patrimony.

Yann Mingard - trained and worked originally as a horticulturist and began his career in photography after returning from a multi-year stay as humanitarian worker in Nicaragua through studying photography in Vevey. His last project – Deposit recently appeared as a book. In 2003, Yann Mingard together with Alban Kalkuya received the very first Prix Fnac Européen de la Photographie for the “East of a New Eden” project.

Lars Willumeit - German anthropologist, photo consultant and curator for East Wing. In addition Lars has been teaching photography as well as photo editing workshops and acted as nominator, jury member and portfolio reviewer for numerous national and international photography competitions and festivals. From 2008-2013 he was the photo director of DU - Die Zeitschrift der Kultur.