We know the results of ShowOFF Section Open Call 2014

Hundreds of photos, more than a hundred videos, and dozens of projects with ideas that go beyond the traditional categories of media and exhibition. On February 15th the jury deliberations for ShowOFF at Krakow Photomonth were held. They were an opportunity to meet different attitudes and judgments concerning both contemporary photography and art in general. During the long and stormy meeting, 8 projects were selected that will be shown during the 12th Photomonth in Krakow.

We would like to thank all applicants for their submissions, and congratulate the winners: 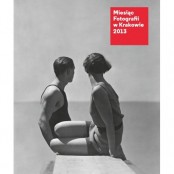